The Basterds Are Inglouriously Back 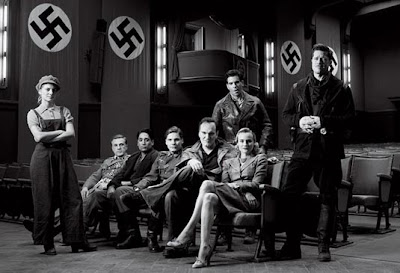 image
Quentin Tarantino is back and he is taking on the Nazis. With his unique vision he has reinvented 1978 warsploitation film, Inglorious Bastards (the original is spelt correctly - Tarantino’s takes certain liberties with the English language). Tarantino is known for finding inspiration in 70s genre movies; a massive film buff he is constantly bringing lost work back into the public conscious (the original Inglorious Bastards has just been released on Blu Ray). Anyone who has seen the documentary, Not Quite Hollywood will be familiar with the joy Tarantino has for this era of filmmaking, and the excitement he finds in violence-packed -ploitation films of all descriptions.
Click here to read my full review at Trespass 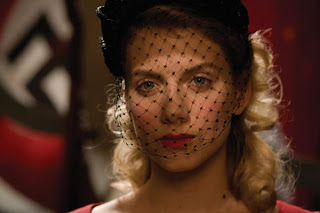 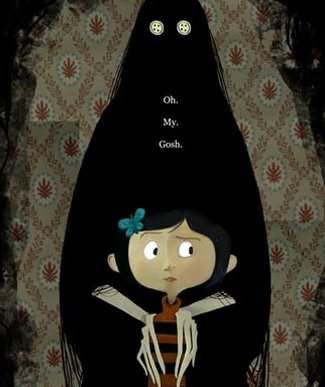 Coraline is a fairytale with a modern twist. Utilising a well-known plot of neglectful parents, inquisitive girl and magical world, Coraline follows in the mode of stories like Alice in Wonderland and Pan’s Labyrinth. Based on the novel of the same name by Neil Gaimen, Coraline has been interpreted for film by Henry Selick. His animated style, as seen in The Nightmare before Christmas, and James and the Giant Peach, gives Coraline a distinctive and strong aesthetic. Engaging the younger audience with an interesting story that is both creepy and exciting, shows that the author and director are both focused on good storytelling, not merchandising opportunities.
Click here to read my full review at Trespass
Posted by Beth at 4:30 PM 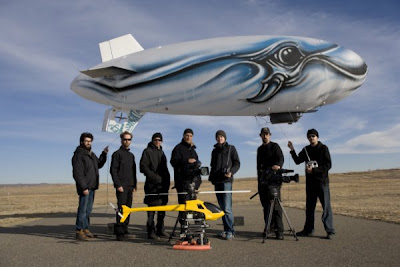 The opening of the film is more like a modern spy thriller than the animal planet type documentaries we are used to seeing. Filming with a heat-seeking, military-issued camera, the opening sequence establishes a sinister tone that permeates the whole documentary. This isn’t going to be a ‘look at the dolphins aren’t they pretty, aren’t they clever’ sort of film - be prepared for something completely different. 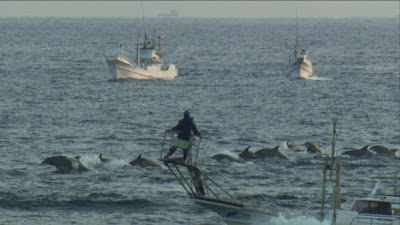 The Cove is a superb documentary, deserving of its festival accolades. It is inspiring to see what people can do if they are really passionate about a cause. The documentary follows, perhaps the most committed of them all, dolphin activist, Richard O’Barry. O’Barry was the dolphin trainer on the TV series, Flipper and feels a heavy responsibility for the commercialisation of the mammal-‘10 years building the industry up, 35 years trying to tear it down’. This is a man whose personal guilt oozes off the screen. Now a well-known and seemingly much despised protector of the cetacean species, he travels the globe answering the call of dolphins in peril.
Click here to read my full article at Trespass